This weather is driving me crazy, but making the kids extremely happy.  Although the snow will not stop falling the temperatures are to cold to let the kids go out and play.  Well, instead of waiting until the temperature change I brought the snow indoors.  I wanted to share my little ones hour of play time in the snow.  I had no idea she would fall in love with this idea.  She enjoyed it so much she would not let anyone play with her.

The beginning of our snow adventure.  Look how white and clean the snow looks, but not for long.

Thinking of adding some color to our snow.  Red food coloring and water. 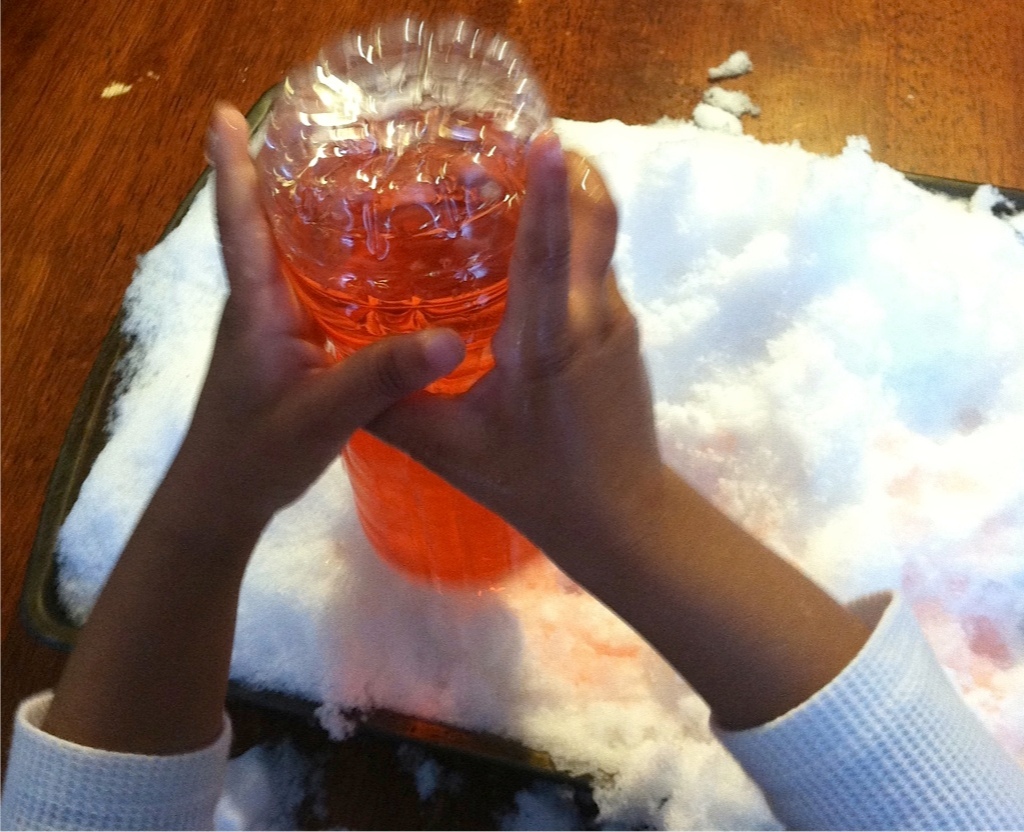 Added small holes to the top of the water bottle and let her sprinkle the snow with the red food coloring and water.

Look at the snow changing colors. 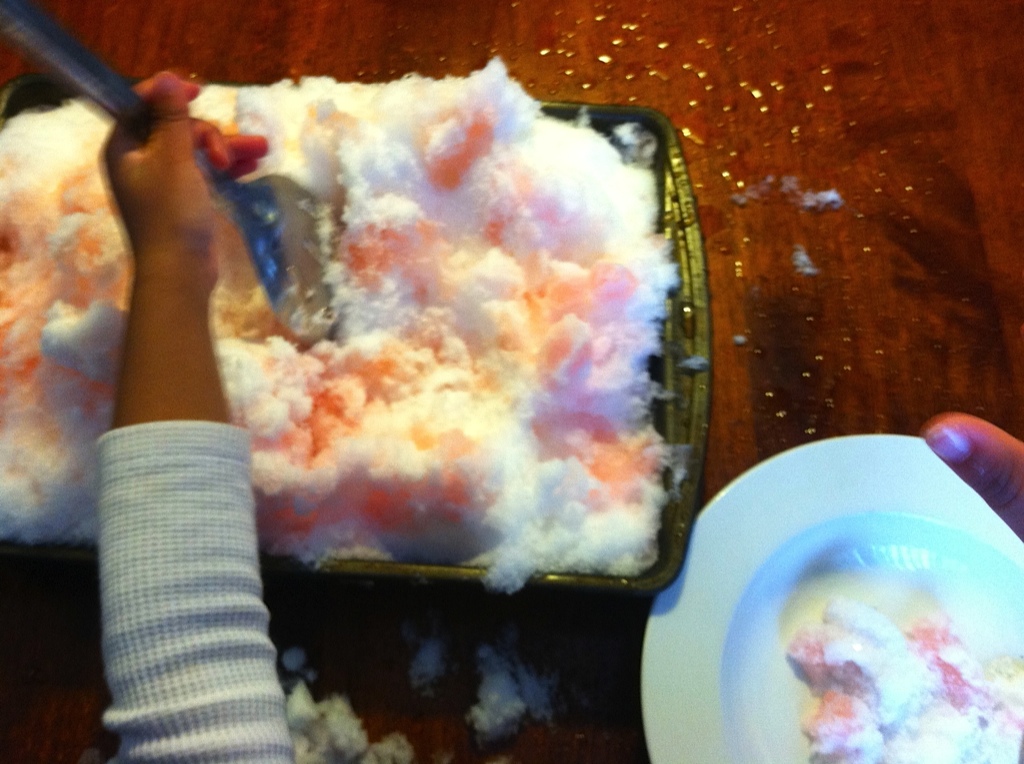 Using a large spoon to transfer snow from pan to bowl.

I let her draw on the snow with a marker that was losing it’s ink.  This was an idea I found on pinterest from http://www.teachpreschool.org

I added these colorful rocks to her play space.

She tried to hide the colorful rocks down in the snow.  How pretty it all looks. 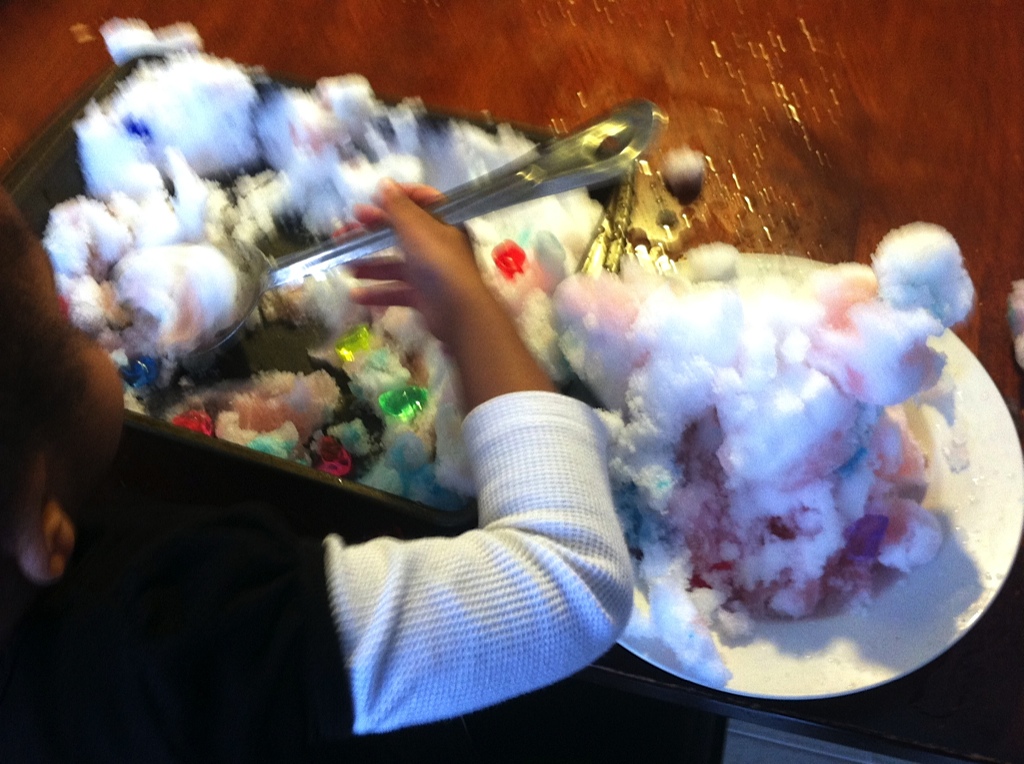 The snow is starting to melt.  Coming to the end of this fun indoor snow play.

The snow has melted and revealed the colorful rocks.  We used this opportunity to count the rocks that were revealed.

The End! Hope you enjoyed our indoor snow play.